CRUSH: Prologue and Chapter One


BLURB:
Cami Wimberley has a plan, and that plan includes no room for boys—especially the big time party animal, Hunter Wilder, no matter how handsome and charismatic he is. She’s beautiful, a senior, extremely talented, gets good grades, and is working her way toward her dream college to be a musical theater major. Everything is perfect.

Hunter Wilder does not want a girlfriend—that would complicate his life way too much right now. He especially doesn’t want this girl, Miss-Goody-Two-Shoes, so how come he can’t keep his eyes off her? He tries to keep her at arms length, but fate seems to keep pushing them together. Before long, it’s obvious to everyone they’re crushing on each other.

As sparks begin to fly, Hunter finds himself sinking deeper and deeper into hot water. Soon he’s scrambling to keep Cami from discovering his dark secret—one that can destroy their entire relationship. 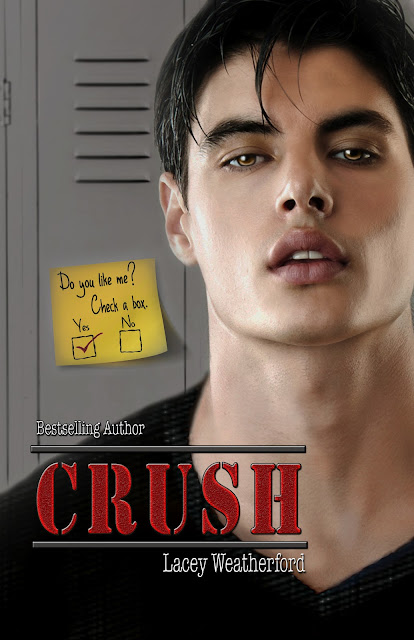 Crush
By Lacey Weatherford
(Advisory: This document is a copyright protected review arc for Crush © Lacey Weatherford-Moonstruck Media. All Rights Reserved. Any sharing, uploading, copying, and
reproducing is strictly prohibited, and punishable by law, except in cases of small quoting for review purposes only. )

Prologue
Cami-
It was magical. We danced and swayed to the music as fake snow fell from above, catching the glitter of the giant silver disco ball as it spread the flickering mood lighting around the gym. Despite the Winter Formal’s snowflake theme, the room was hot from the crush of bodies, but no one, including me, seemed to care. It was beautiful, and I was thoroughly enjoying this night out with Clay, my best friend in the whole world.
There was a small commotion off to my right and I saw Jordan Henley stagger toward me. My first thought was to wonder who spiked his punch. He abruptly lurched forward, falling against me.
“Cami, help me. Please,” he said in a desperate sounding whisper, spitting on me as he spoke.
“Get off her!” Clay yelled in disgust, shoving him.
Jordan fell—his head hit the floor with a resounding crack that vibrated under my feet. My loud, horrified scream pierced the air. The dancing teens stopped and scattered outward in cries of disbelief, forming a wide circle around the twitching boy in the center. I was frozen to the spot until Clay grabbed me, yanking me backward as well.
Teachers rushed forward, pushing through the packed crowd trying to discover what was wrong with the school’s champion running back. He was foaming from the mouth, with his eyes rolled back into his head.
“Somebody help him!” I screeched out.
“Call an ambulance!” one of the teachers yelled and several students produced their cell phones all at once.
Jordan suddenly gurgled and gagged then quit moving.
The teacher, Mr. Russo, laid his head near Jordan’s mouth before quickly straightening and checking for a pulse.
“Get these kids out of here!” he ordered the rest of the faculty as he ripped open the buttons of Jordan’s shirt.
Several girls started crying as he placed his hands on Jordan’s chest and started doing compressions . . . but I could tell it was too late. Jordan Henley was already dead. 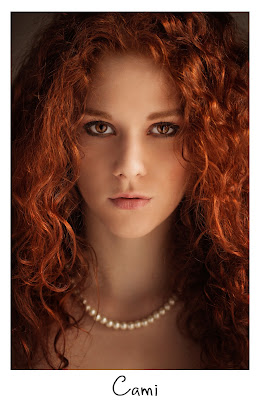 Chapter One
Cami- Three months later
“Can someone please tell me the ruling for the comma placements in this particular sentence?” Mrs. Stuart tapped the board with her old-fashioned, stick pointer as she peered over the top of her small, gold, wire-rimmed glasses. Her gaze floated around the classroom, looking for a volunteer as she absently reached up to pat her French twisted gray hair.
I raised my hand from the back of the classroom and she stopped on me, smiling. “Anyone besides Miss Wimberley?” she amended.
I lowered my arm quickly, accidentally hitting the edge of my binder, which was hanging
off my desk. The action caused it to pop up and fall to the floor. The three rings burst open and my papers scattered everywhere.
Laughter twittered through the previously silent classroom, and my face flushed in embarrassment as I slid to my knees, hurriedly trying to gather the mess.
“Attention! Please!” Mrs. Stuart’s voice snapped, directing everyone to look back at her. “Mr. Wilder, please help Cami pick up her things.”
I groaned internally. Not Hunter, I thought.
My humiliation was complete. It was bad enough almost all my classes were seated alphabetically, bad enough the computer had somehow managed to put him in four of my seven periods when he’d moved in a few weeks ago, bad enough he’d risen to immediate ‘in’ status and was now considered the hottest, coolest—and maybe the worst—partier in school. Despite the two of us being from entirely different social classes, him the king of stoners, me the queen of nerdy chic, I still managed to have a crush on him—a crush I did my absolute best to hide from everyone . . . especially him.
“That was a sleek move you did there, Cami,” Hunter whispered as he knelt down next to me and began to gather papers. “I didn’t think notebooks could fly like that. Did you have to get special training?” He glanced up at the board where Mrs. Stuart was continuing with the lesson. “Too bad it didn’t work.”
“What?” I sighed in exasperation, trying to figure out what he was talking about. He flashed a bright smile, and my gaze settled first on his perfect, white teeth, then on those deliciously plump lips of his.
I bet he’s fun to kiss. I blinked. Whoa! Where did that thought come from?
“Are you saying this whole knocking of the binder was truly an accident?” he spoke. I jerked my attention from his mouth back to the floor and the task in front of me. “And here I thought you were trying to save the rest of the class from answering the 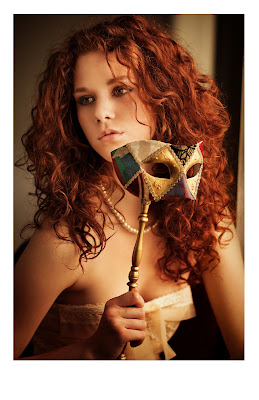 question,” he continued.
I paused to stare at him. “Really? You did?”
He leaned past me, reaching to grab some papers under a vacant desk, and I caught a whiff
of his cool scented aftershave, mixed with the faint smell of cigarettes.
“No.” He chuckled quietly, and a lock of his black hair tumbled over his tanned forehead.
He straightened and handed me the papers. “I was trying to give you an out so you didn’t feel quite so humiliated.” He winked, and I couldn’t help but notice his chocolate colored eyes looked like they had little drops of caramel scattered through them. I’d never been this close to his face before.
“Oh.” I suddenly felt uncomfortable under his scrutiny. “Thanks . . . I think.”
His smile widened. “Anytime. I may have only been here a short while, but I’m sure I’ve been in enough of your classes to have you pegged.”
“Is that so?” I began arranging things in my binder so I wouldn’t have to look at him or his tight black t-shirt stretched across his perfectly muscled physique. I thought it should be a sin for a guy in high school to have a body that good. Besides, I was pretty sure he was messing with me.
“I do. It didn’t take me long to figure out you’re sweet, probably the smartest girl in school, maybe the most talented too, and you’re definitely every teacher’s pet. You always pay attention and do your work like a good student should.” He shook his head, as he stared. “Little-Miss- Goody-Two-Shoes. Do you even have a life outside of class? I haven’t seen you around. I bet you’ve never even been to a party before, have you? I just can’t picture you kickin’ back with the homies.”
He was baiting me—and it was working. “Of course I have,” I snapped under my breath, not knowing why I cared whether or not he thought I was cool. “My mom throws the most amazing parties, and I hang out with my best friend, Clay, all the time.”
“I don’t think birthday parties count. And Clay? Now there’s a nerd for you—pocket protector and everything. Someone told me he has a girlfriend.” He snorted a little too loudly. “I find that hard to believe.”
“Hurry up you two,” Mrs. Stuart called out before turning to her desk.
I snapped my binder back together. “Thanks for your help, even if it was required of you.” I got into my seat feeling irritated.
He slid into his beside me, slouching and stretching his long frame into the aisle. I could tell he was still looking at me, so I stared straight ahead, determined to ignore him. He was such a punk.
“You need a partner for the next part of this lesson, so buddy up please,” Mrs. Stuart said as she started passing out a worksheet.
There was a bunch of noise as everyone hurried to find whom they wanted to work with. Hunter promptly slid his desk over next to mine before I even had a chance to move. 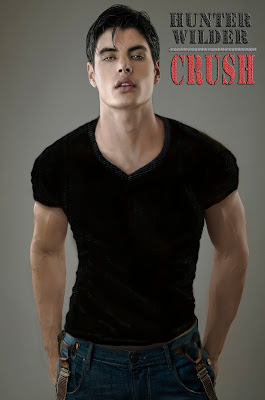 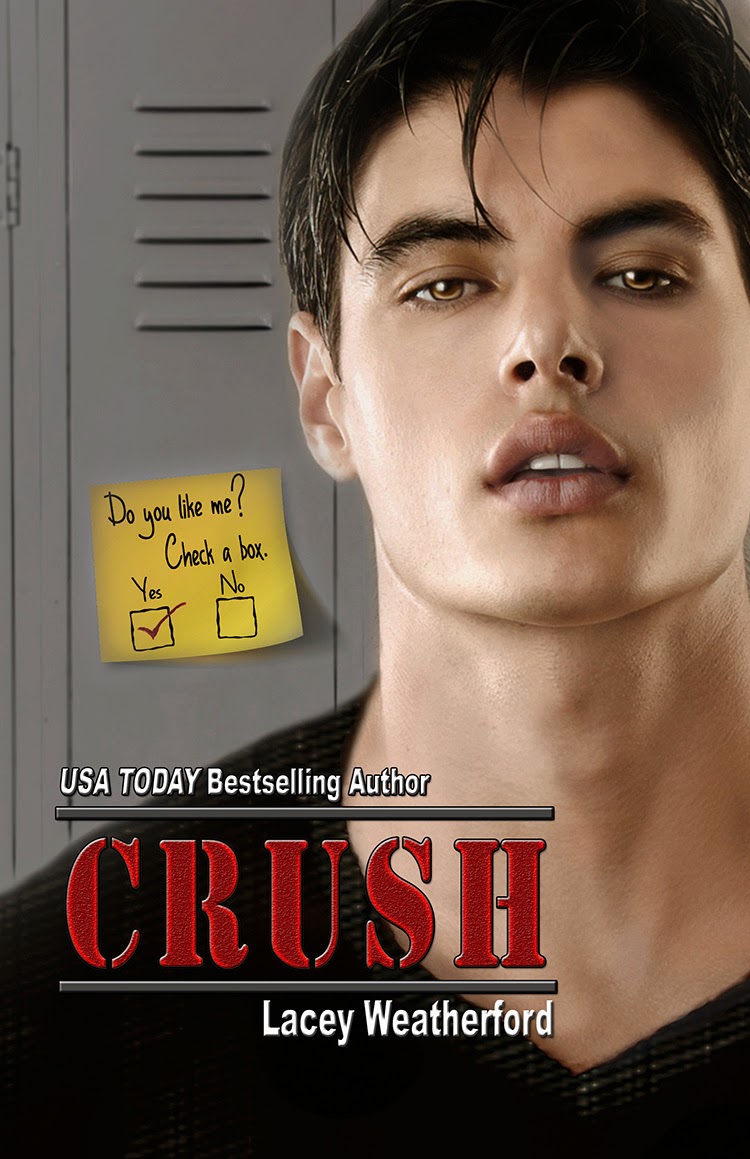 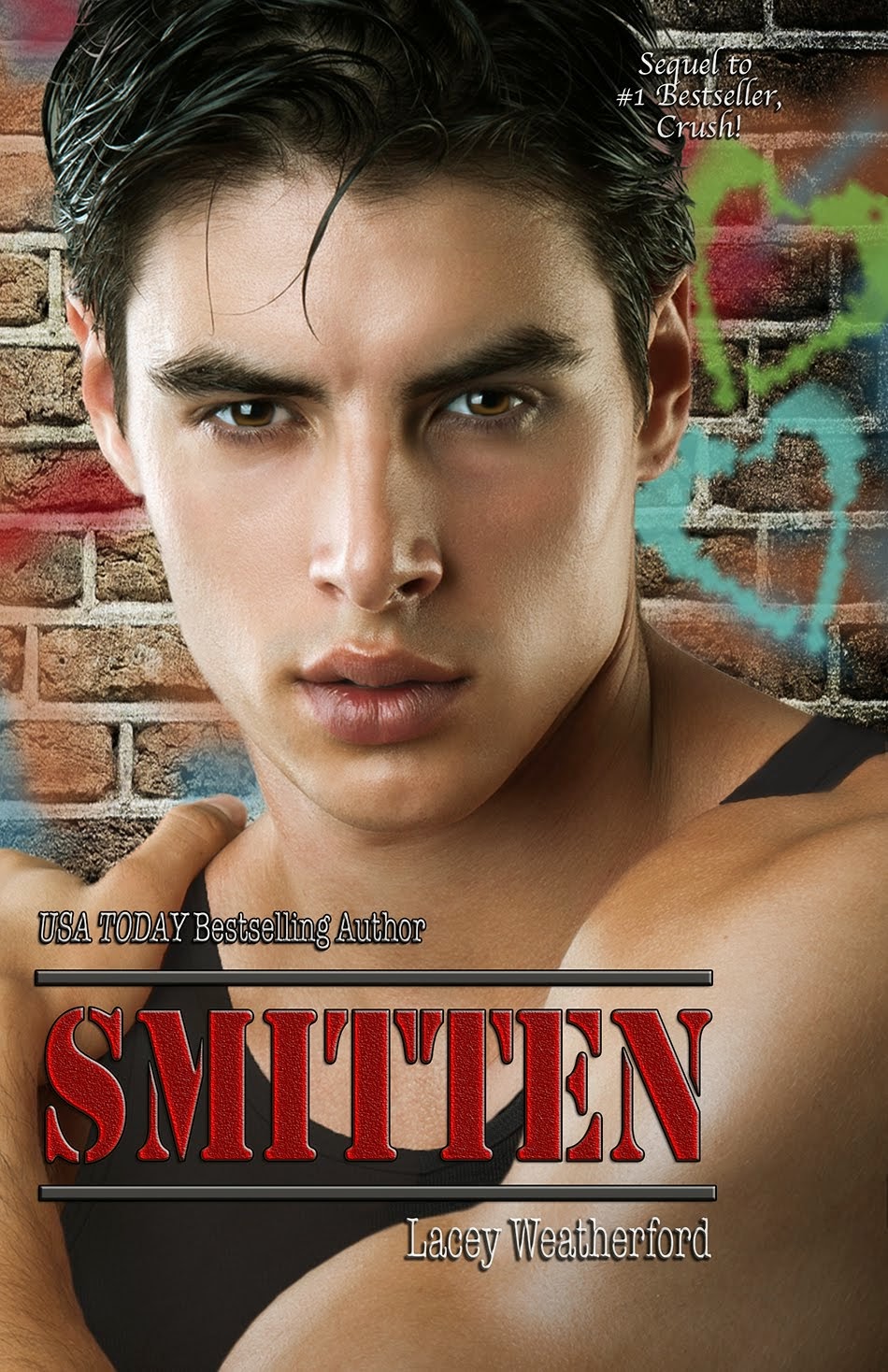 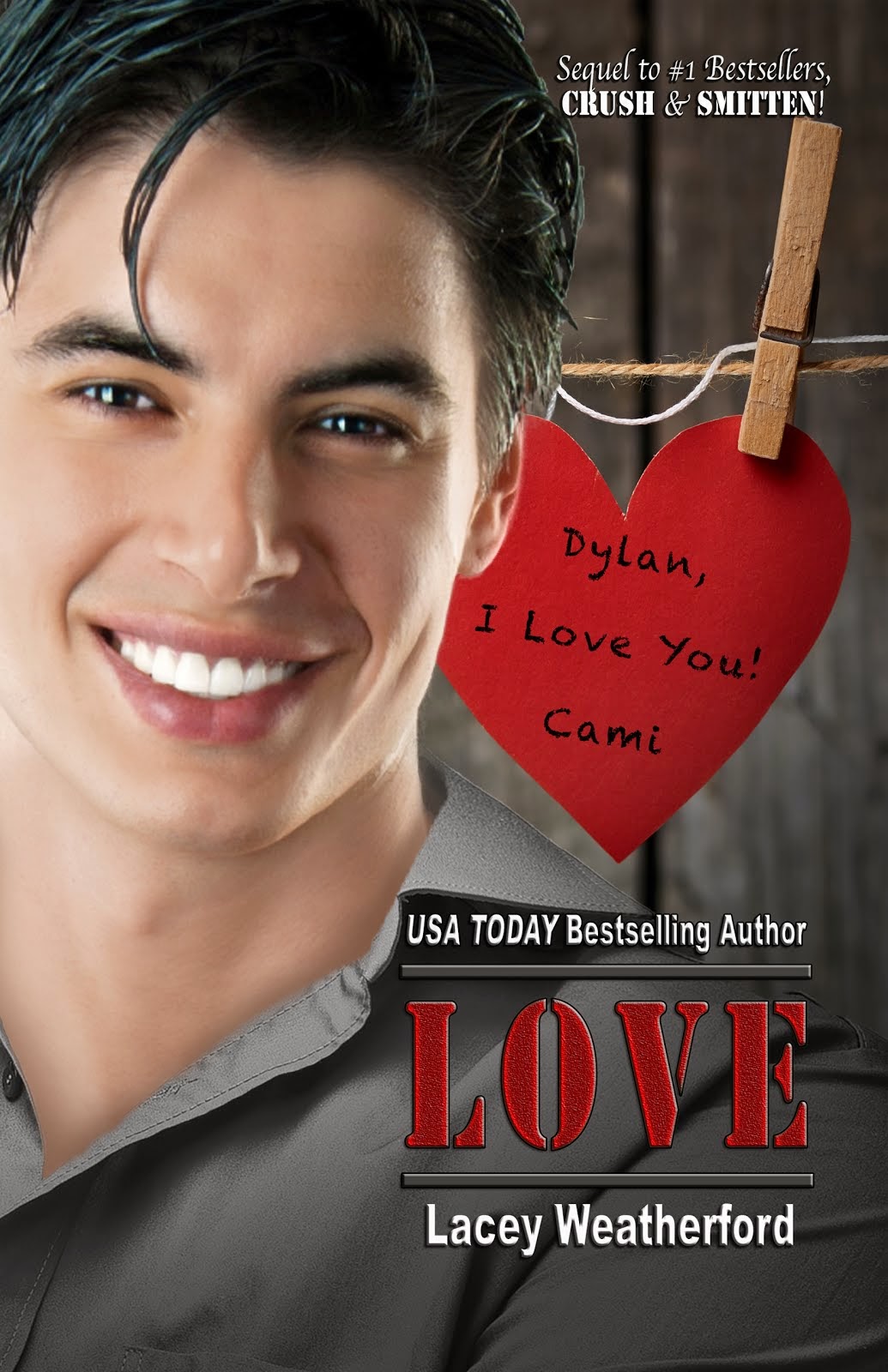 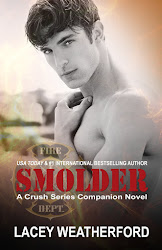